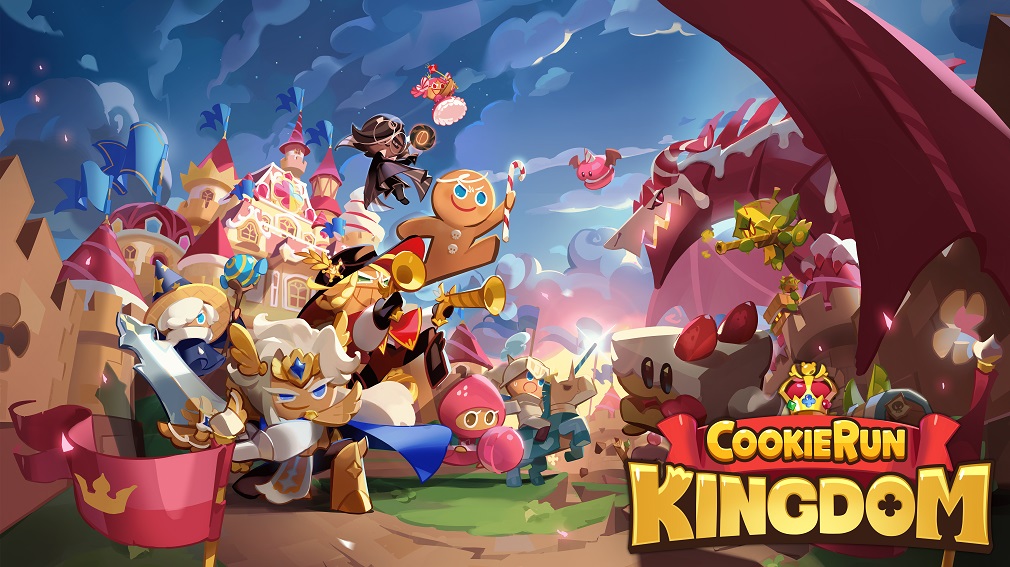 Devsister, creators of Cookie Run: OvenBreak, announced that Cookie: Run Kingdom is now available for pre-registration on both iOS and Android. Already gaining popularity, Cookie Run: Kingdom brings a whole new twist and set of adventures to the popular series with battle RPG and base-building

Continuing the story of GingerBrave and his cookie pals, we head back in time in the Cookie Run universe when Five Cookies ruled the Kingdom in peace and prosperity, they were imbued with the purest kind of Soul Jam. What could possibly go wrong?

Peace is short-lived after an Evil Witch appears and brings chaos back to the entire kingdom. You’ll need to save the day and reclaim the ruined lands whilst racing forward to build your dream Cookie kingdom..

You’ll bake and collect an array of new Cookies to assemble the best fighting team against evil cake monsters and other enemies. With over 200 story levels to play at launch there will be plenty of content to savor as you uncover past secrets about the Cookie Kingdom.

For more information about Cookie Run: Kingdom and a sneak peak of what to expect when the game launches, head on over to its official website. Additionally, if you choose to pre-order the game you'll net yourself the new Clover Cookie and in-game currency rewards when it releases.

Cookie Run: Kingdom is available to pre-order now over on the App Store and Google Play ahead of its expected launch on January 21st. It will be a free-to-play game with in-app purchases.