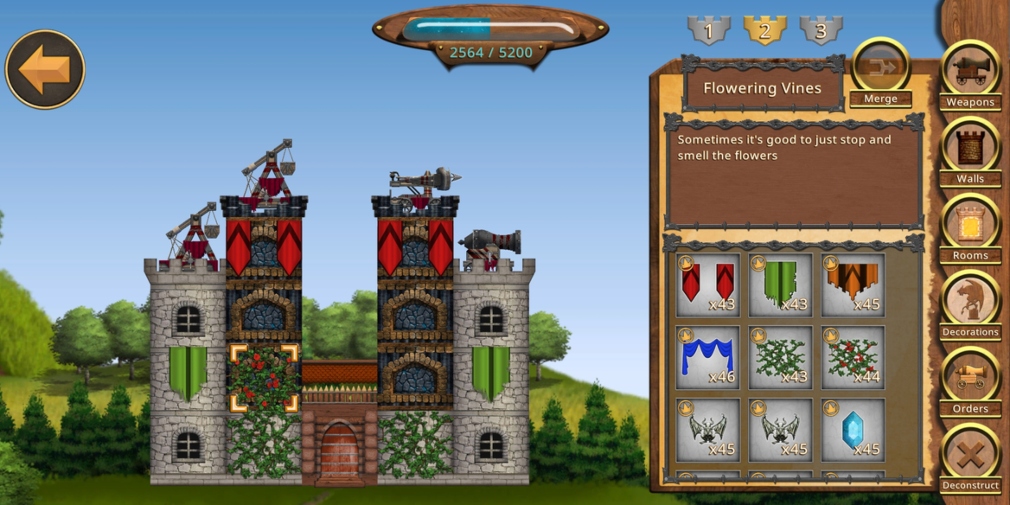 Plug in Digital and PHZ Game Studios have announced that their strategy game Siege Castle is available now for iOS and Android. It sees players designing and building their own castles before engaging in automated physics-based battles.

Once players have decided on what their castle will look like, they'll need to select which tactics to focus on when attacking their enemies. They'll be able to select from siege weapons such as ballistas, catapults, trebuchets or cannons.

Alternatively, they can choose from troops and magic with each having their own strengths and uses. Beyond that, players will also have to manage their own islands too. This will involve caring for their villagers by gathering food and gold to keep morale high before sieging and looting other castles.

Different materials such as stone, wood, iron and crystal can also be merged together to create weapons, arcane rooms, black holes and their own tower defence systems. Once a player is happy with their tactics the castles will auto-battle until one of them is rendered defenceless or gets destroyed.

These battles will apparently last less than one minute and since it plays out automatically it's clearly intended to be a more laid back and casual experience. Your castle will also continue to fight whilst you're AFK too so you'll be able to return to a plethora of rewards.

A majority of the focus will be on the designing of your castle then with various cosmetic options also available. This includes the look of the castle, island and even what the music sounds like when other players arrive to battle with it.

Siege Castles is available now over on the App Store and Google Play. It's a free-to-play game with in-app purchases.