Strategic puzzler Not Chess up for preorder on iOS
Indie games developer Ovidiu Tepes’ new game, Not Chess, is now available for preorder on the iOS App Store with a 8th December release date. 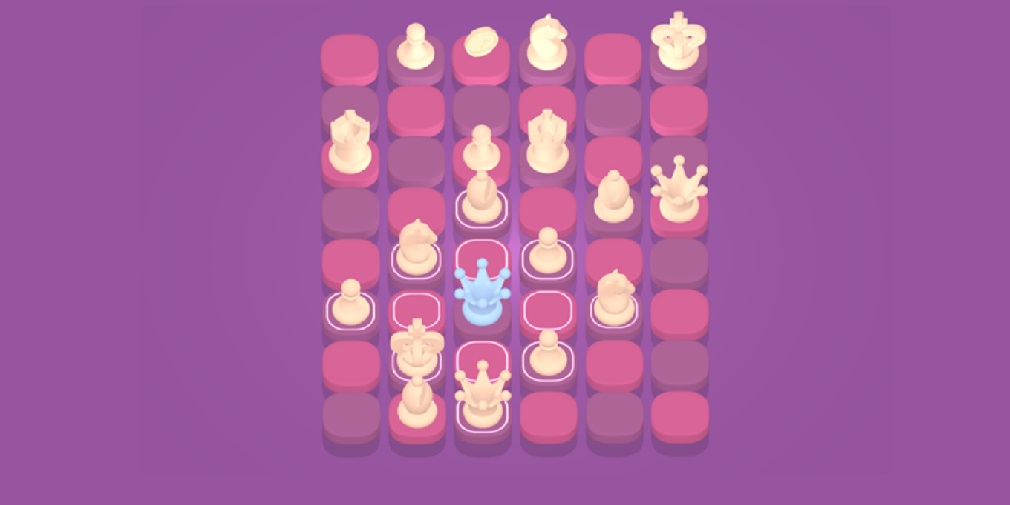 Not Chess is a puzzle game of chess, but with a twist. You start with one single piece, and across the board are other chess pieces strategically placed. When you take a chess piece, you become that piece and inherit its abilities, and the level is complete once you collect a coin that is located on another tile.

The game isn’t straightforward chess, and this has allowed Tepes to create a game that appeals to both chess newbies or grandmasters in a fun, interactive way. Some levels have a higher degree of challenge, requiring careful planning and strategy, making it a fun way to put your brain muscle to work. And if it proves to be too hard (or too easy) in the end, there are multiple difficulty levels to select that adjust how many moves you can make and the time limit in which to beat the stage.

You may know Ovidiu Tepes from their previous work such as Vestigium, which was featured as Game of the Day on the App Store, ½ Halfway, featured in the Indie Corner Feature on Google Play, and Cessabit, a finalist of the Google Play Indie Game Festival.

Not Chess is optimised for all devices and doesn’t require an internet connection to play. With simple controls and no adverts or in-app purchases, it makes it easily accessible for all ages; young and old alike.

If that sounds like it’s up your alley then you can pre-register for Not Chess now on the iOS App Store. It’ll be released on 8th December and cost $1.99.