This expansion will bring back over 100 Pokémon from previous generations, including Absol, Relicanth, Swablu, and the legendary Regi trio, who have now expanded into a quintet with the additions of the electric-type Regieleki, and the dragon-type Regidrago. Exciting new Galarian forms of the legendary birds, Moltres, Zapdos, and Articuno, will be available to find and catch, along with a brand new legendary, the psychic/grass-type Calyrex.

You can view the stream live right here.

A series of eight hat-wearing Pikachu was announced during the Crown Tundra live stream. These codes can be redeemed in Pokémon Sword or Shield. Three codes have been revealed as of yet, but this section will be updated when any further codes are revealed!

Brand new Pokémon are coming to the Crown Tundra. During the expansion live stream, the poison/psychic type Galarian Slowking and steel type Gigantamax Melmetal were shown off. 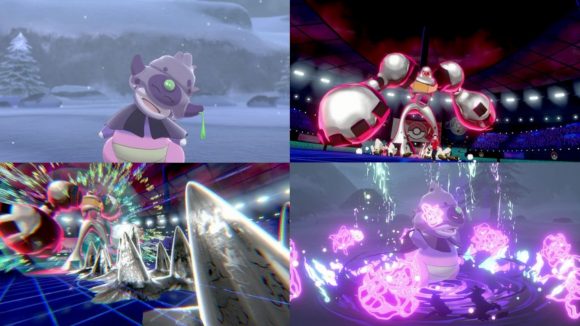 WHAT WE KNOW ABOUT THE CROWN TUNDRA

Much like The Isle of Armor expansion, The Crown Tundra will add an assortment of fresh cosmetic items, such as new winter-themed outfits, and all-new League Card designs to help your character stand out from the crowd.

The first brand new game mode is Dynamax Adventures, a co-op mode where players can explore Pokémon dens. In this mode, you will link up with three other players to search Pokémon dens, and compete in Max Raid battles, which will play out similarly to the base games. The major perk in completing a Dynamax Adventure is the opportunity to catch returning Legendary Pokemon, including Mewtwo, Giratina, Lugia, Ho-Oh, and much more.

The second new mode is The Galarian Star Tournament. You unlock this mode while progressing through The Crown Tundra’s story. In this tournament, you will compete in 2v2 battles against the Galar gym leaders, your rivals, and the Galar champion Leon.

Rumours are currently swirling around the potential release of a Pokémon Diamond and Pearl remaster, but for now The Crown Tundra will have to tide restless fans over till we can get the facts on any future releases.

Get involved in the conversation by heading over to our community forums and Facebook page. To stay up to date with the latest mobile gaming guides, news, and reviews, follow Pocket Tactics on Twitter and Steam News Hub.