Wondering what the best Android games are? Whether strategy, roguelikes, deck-builders, Gachas, MOBAs, or point-and-click, the sheer range of great games available on the platform is mind boggling. You could spend a good hundred days playing only Android games, and after it a friend would still pop out of the woodwork to recommend another one that you missed.

Variety is the spice of life, and the best Android games, in all their versatility, have a lot to offer you. Also, as technology gets better, there are fewer and fewer limitations in terms of what our phones can run. So we’ve created a list of our ultimate picks; be they games that started on PC, but are wonderfully suited for mobile, or the homegrown, which began right here on this platform. No matter if you’re at home, at a friends house, or out and about, our list of the best Android games will keep you flush with excellent content. We’ll keep this updated, too, so it’s well worth bookmarking this so you can refer back to it often.

BEST ANDROID GAME OF THE MONTH

This Zelda-inspired open world RPG has quite honestly taken the world by storm, earning $100 million in its first two weeks of release, and now has the biggest Discord server ever. Genshin Impact sees you awake in the magical world of Teyvat, setting out on adventure, and to find your lost godly sibling. The game lets you explore a massive world, and face off against fearsome monsters in RTS hack-and-slash combat. Alongside amazing visuals and a beautiful soundtrack, it’s no wonder that many consider Genshin to be one of the most ambitious mobile games ever. See our Genshin Impact review for more thoughts!

The original battle royale is on mobile, but PUBG Mobile is a strange one. A lot of people enjoyed the original PC game, because of a certain level of what I shall call, jank. People liked the glitches and weird unexpected stuff that happened. By comparison, PUBG Mobile actually plays very well, with regular PUBG Mobile updates adding fresh new content to the game. Undoubtedly one of the best Android games if you’re hankering for a battle royale.

Ever wished Dark Souls or Bloodborne were on mobile? Well, wish no longer as Pascal’s Wager is here to satisfy your dark fantasy urges. With a lengthy 20 hour plot, fairly big world to explore, multiple characters to recruit, and a wide variety of Lovecraftian-style horrors to beat, this mobile tribute to Soulsborne absolutely justifies its lofty price tag, and earns its place as one of the best Android games. See our Pascal’s Wager review if you want more info. 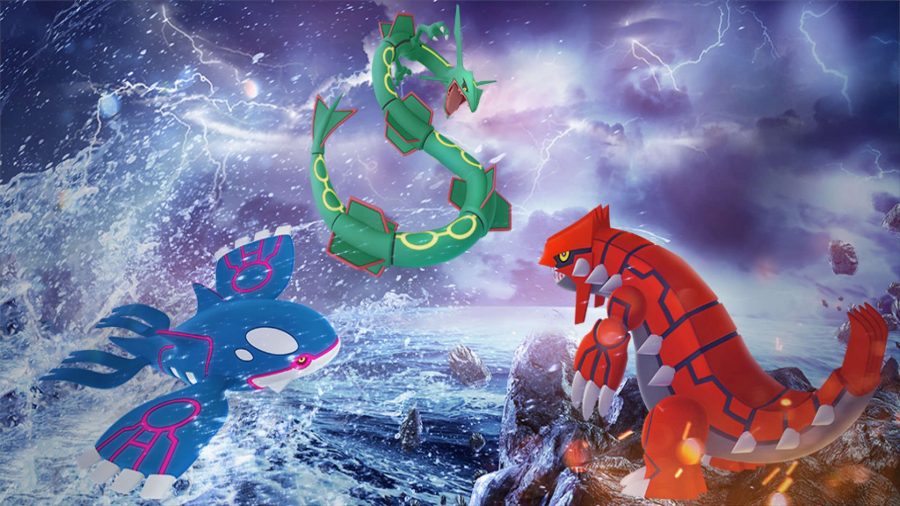 While not an RPG in the strictest sense of the word, Pokémon Go does see you explore an open world in a more classic sense. This location-based game has you out and about in the ACTUAL WORLD, catching Pokémon, and competing with other players to become leaders of your local gym. Many of you may have lost contact with the game after it’s surge in popularity a few years back, but it’s still supported with a fairly regular Pokémon Go update every now and then. It may be location-based, but it’s still one of the best Android games around. 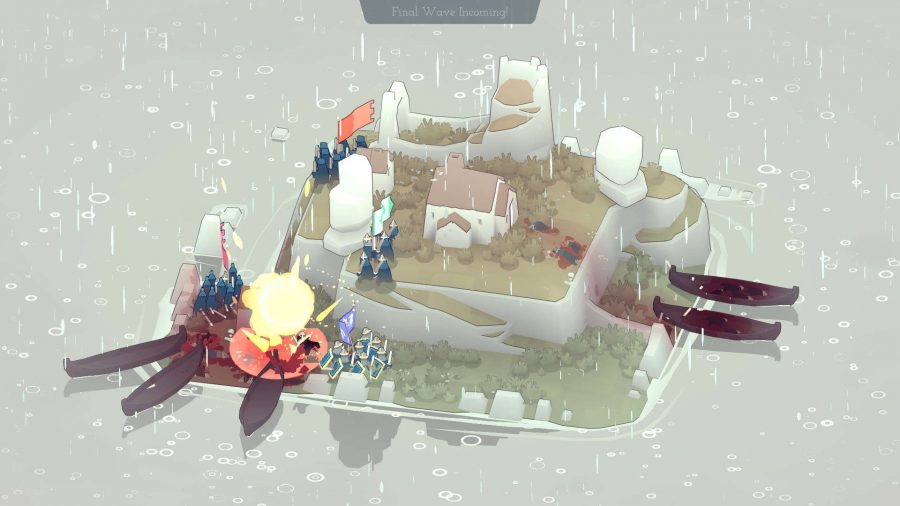 In more Viking-based, mobile shenanigans, Bad North is one of the best strategy games on mobile. Adapting the classic tower defence formula, you and your units must defend islands from a fleet of rampaging raiders. The game features a wonderful simplicity, both in terms of visual aesthetic, and in terms of how you play. But as the islands get bigger, and the units multiply, things really start to heat up, and you find yourself having to put out fires left-right-and-centre – quite literally. Not only one of the best strategy games, but one of the best Android games too – see our Bad North review if you don’t believe us! 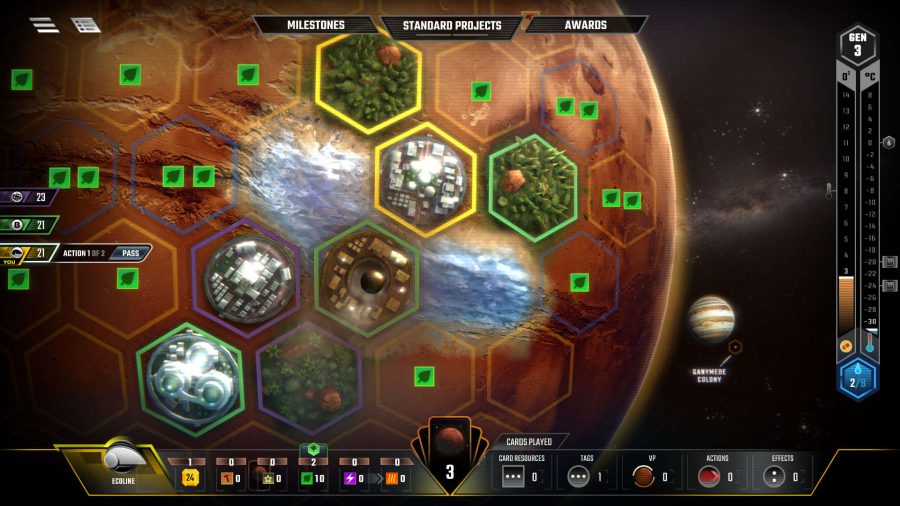 Make the Red Planet green, in this corporation-based colonisation game. Yet another wonderful adaption of a great board game, Terraforming Mars sees you take the lead in planetary colonisation efforts, building and managing a tile-based map, and making the planet habitable through research and technology. A must-play for any 4x, or management simulation lovers. Interested? Take a look at our Terraforming Mars review. 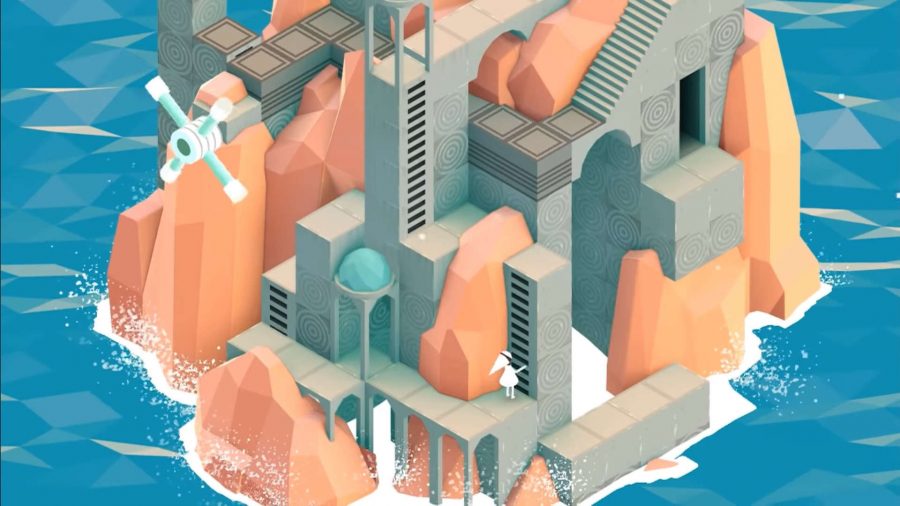 Undoubtedly one of the best games on mobile, Monument valley is a smart and beautiful puzzle game, which sees you navigating your way through shifting architecture. The concept is simple; you are presented with a structure, and your character has to make their way from the entrance to the exit. But a lot can happen inbetween those two doors. Monument Valley plays with space and architecture in such a smart way, using optical illusion and point-and-click play, as you discover your often surprising route through a space. You wouldn’t have thought architectural puzzles would have such mass appeal, but Monument Valley has earned its place as one of the best Android games. 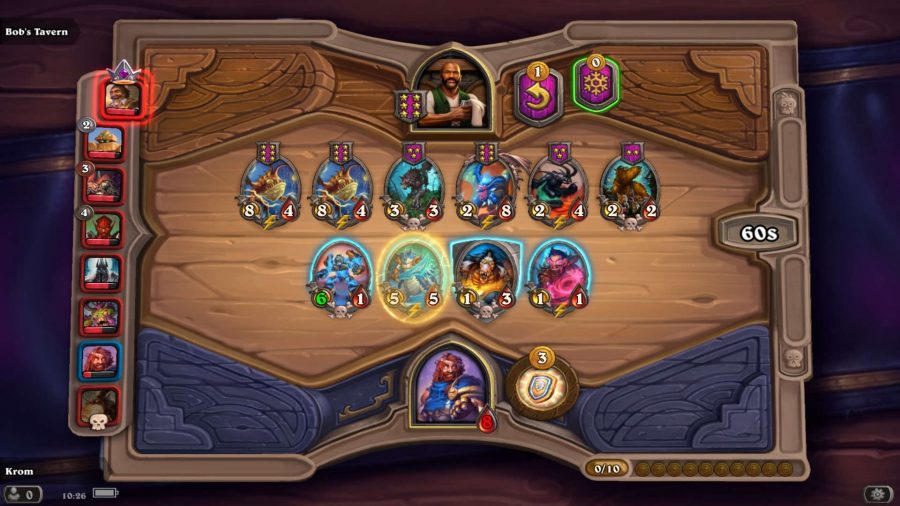 One of the most influential deck builders on mobile, Hearthstone has you battling an opponent, using an ever-increasing mana pool to play cards, and escalate the battle. Attack the enemy hero and reduce their power to zero to win. But the sheer number of heroes, units, and spells you can employ is pretty crazy. Hearthstone even has an auto chess mode, called Battlegrounds, which is super inventive, and lots of fun. Though many would argue that Gwent or Legends of Runeterra are the best mobile deck-builders, Hearthstone definitely counts itself among the best Android games. If you want some guidance for the game, our Hearthstone decks guide can offer some guidance! 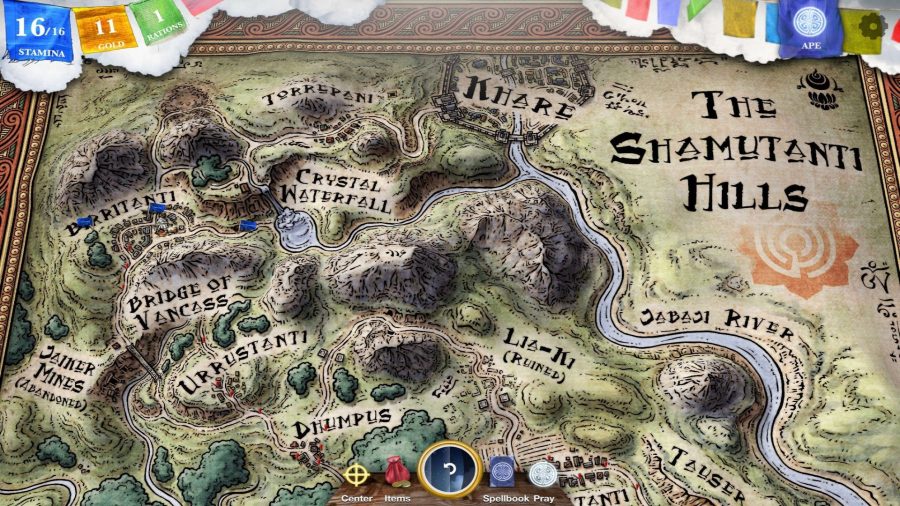 Inkle’s aim has always been to create gaming experiences that can be enjoyed by everyone, whether they are gamers or not. It’s quite easy to see this in their interactive fiction work, such as 80 Days, but before 80 Days, there was ‘Sorcery!’ adapted from the Steve Jackson adventure books of the same name, ‘Sorcery!’ sees you adventuring to recover a kingdom’s lost crown, getting into all kinds of scrapes and scuffles, with your only recourse being either combat, or spells. The spell system in ‘Sorcery!’ is something special, and will get you out all kinds of situations, provided you remember the three runes to cast each. 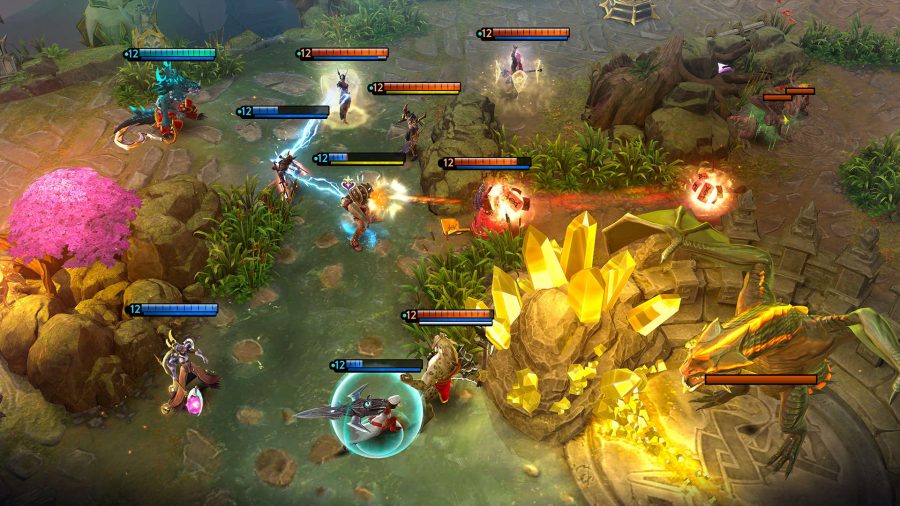 This free-to-play, arena brawler is based around choosing one of over 48 heroes, and bringing them to battle in any one of the game’s various modes. Vainglory is incredibly popular on mobile, and with great graphics, fast competitive play, and cross-platform multiplayer, it’s easy to see why. 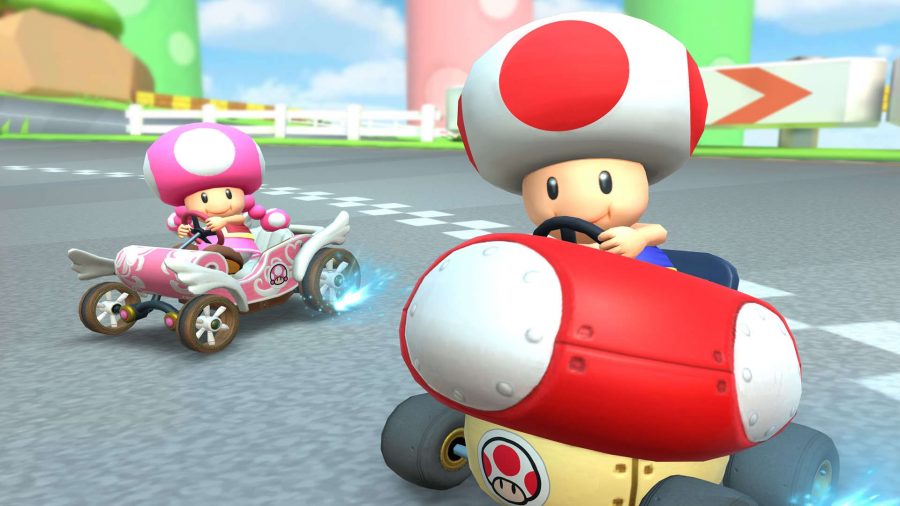 That’s right, Mario Kart on mobile. Just as with Call of Duty: Mobile, simply the act of bringing a classic game to the mobile platform should be enough to impress. But Mario Kart Tour also brings your favourite characters, plenty of modes to play in, and regular content updates, meaning that they’ll always be more racing to do. Racing is a competitive genre, but Mario Kart Tour is one of the best Android games out there. 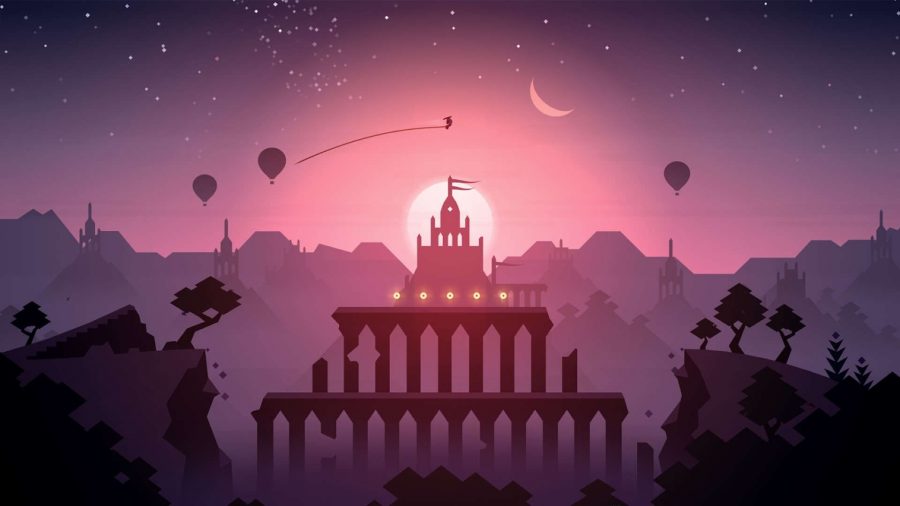 Endless runners aren’t racing games in the classic sense, but you are still racing against something. In Alto’s Odyssey, it’s yourself. In the game, you move through each gorgeous generated-map, completing a series of goals, which then allow you to move onto the next level. But Alto also features an endless mode, where you can just ride forever through an ever-changing map, which with beautiful architecture, and changing weather conditions, is a truly relaxing experience. 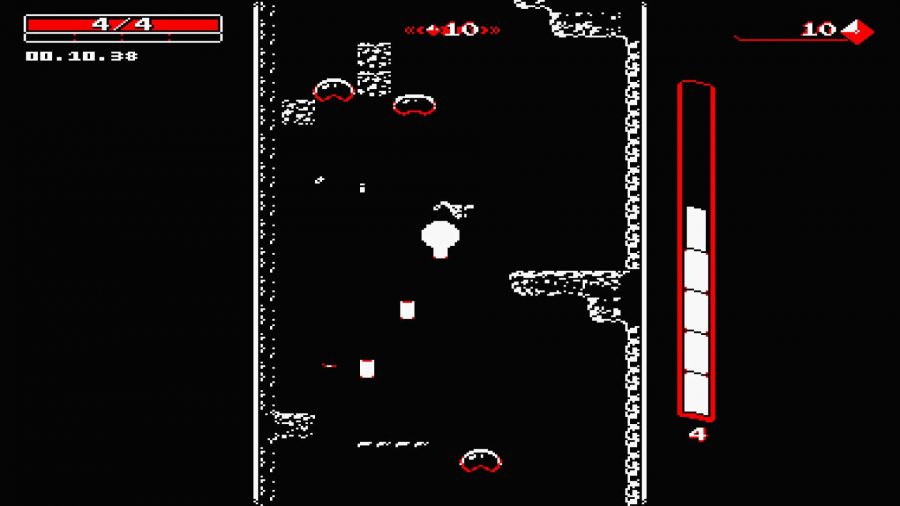 Imagine the intentional monochrome dreariness of Binding of Isaac, crossed with the descent and escalation of Spelunky, and you’ll have a pretty good idea of what Downwell is. In this dungeon descending roguelike, you play as a young boy, exploring a well for untold riches, his only companion, a set of gun boots. Pretty convenient for well-based exploration I’d say 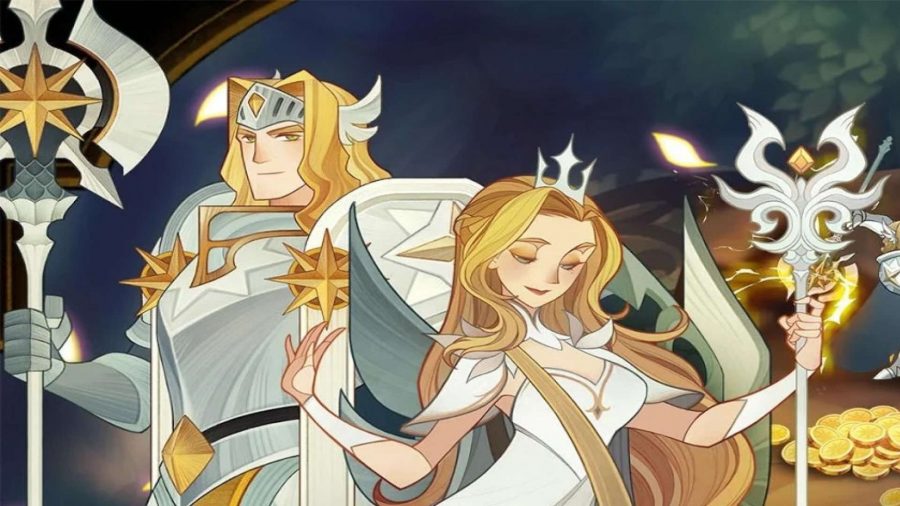 With a beautiful art style inspired by Celtic mythology and a cast of characters with fun abilities, AFK Arena is not your typical RPG. Simply sit back and enjoy the ride as your heroes work hard to level so you don’t have to, only pitching in when it’s time to have some fun, enacting strategies in battles or exploring. We also have plenty of guides for AFK, including an extensive AFK Arena tier list  and an AFK Arena codes guide. 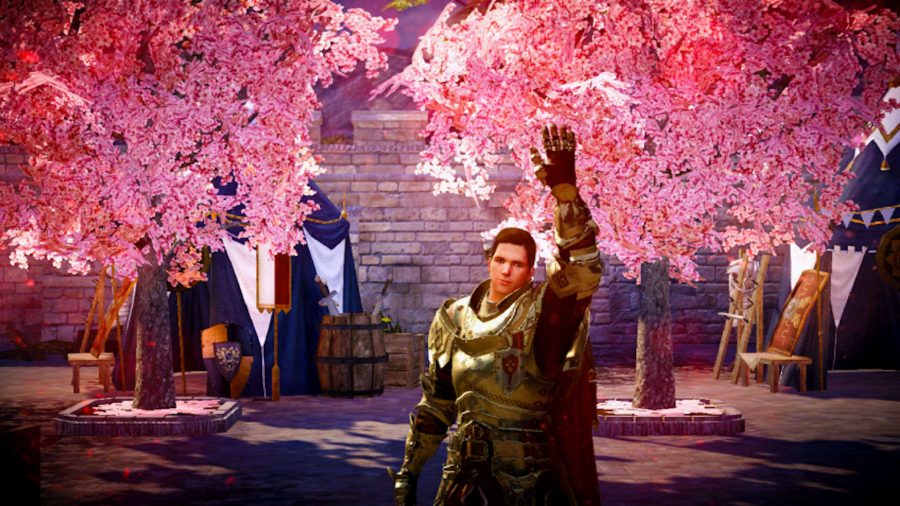 If you’ve played the PC version, Black Desert Mobile is all the more impressive. How it manages to cram pretty much the whole experience onto your phone is impressive on its own, and that’s without mentioning the bevvy of additional improvements that allow it to play more comfortably on the small screen.